Hope and a Future 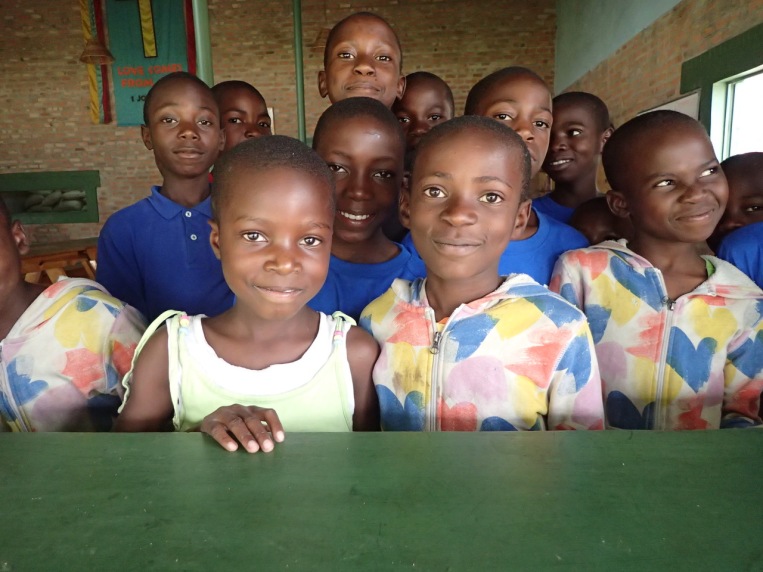 By Mickey and Jackie Bailey

Friends, to start a story of a great accomplishment at Agape Orphanage in 2017, we have to go back to 2016.

In October 2016 we returned to Zambia to visit the 65 children who call Agape Orphanage home. As always, it was exciting to see the children so bright-eyed and happy. We praise our God who has provided for these children a loving, Christian environment, food, medical care and a chance to be educated.

One focus of the October 2016 trip was to visit Reuben Village, a remote village close to the Congo, to check on a 4-year-old boy named Joseph who had recently lost four of his siblings to starvation. Malnutrition is one of the leading causes of death in the Zambian bush. We planned to take Joseph’s mother and her relatives a 110-pound bag of maize, some cooking oil and bread.

The trip to Reuben Village consisted of a two-hour ride on a roughly paved road, a one hour ride on a dirt path, a river crossing in a dugout canoe and a one-mile hike into the village. Once there, we shared our supplies with Joseph’s mother and checked on Joseph, who seemed okay.

We first met Joseph and his older brother Mambwe when they were brought to Agape Orphanage by their mother a few months earlier. This mother had just lost four of her children to starvation and Joseph and Mambwe were malnourished. The two boys were left at Agape Orphanage and Mambwe began to flourish. Joseph, however, was so young, he found it difficult to be away from his mother and, consequently, stopped eating.

The options before us were for Joseph to stay at Agape Orphanage where there was plenty of food and maybe die of starvation, or to return him to his mother in her village where there was little food and maybe have him die there from starvation. After much prayer, our choice was for Joseph to be with his mother and to hopefully be happy and survive. Sometimes the choices that we have to make in Zambia are as hard as the bush is harsh.

On our long drive back to Agape Orphanage, we felt that surely we had done the most important thing God had intended us to do on this trip. There were plenty of other important things we would do back at the orphanage, but none so important as taking food to Joseph’s small village. Little did we know God had even bigger plans for this trip than we had even imagined.

Our Agape children attend a government school located about a mile from the orphanage. We have always known that the education there was not the best, but we had hoped that it would improve over time. That has not happened. A few days after our Joseph excursion, we found ourselves sitting in the village school, sitting with a class of 55 fourth graders. It was much worse than we had expected.

Though schooling issues were not even remotely on our minds when we came to Zambia on this trip, as we left the village school that October day, we knew without a doubt, God was nudging us to build Agape Village School. By May 2017, construction had started. And as you can see in the photo, God has performed another miracle in the Zambian bush.

Our journey with God in Zambia over the last eight years has been awesome! We have been overwhelmed by the way we have seen God’s power at work in Zambia and have surely learned that God’s plans are the best plans — and God’s plans never fail.

Please continue to pray for Agape Village Orphanage and we wish you a New Year full of opportunities to spread God’s love and blessings — and witness a few miracles for yourself.

“For I know the plans I have made for you,” declares the Lord, “plans to prosper you and not to harm you, plans to give you hope and a future.” Jeremiah 29:11